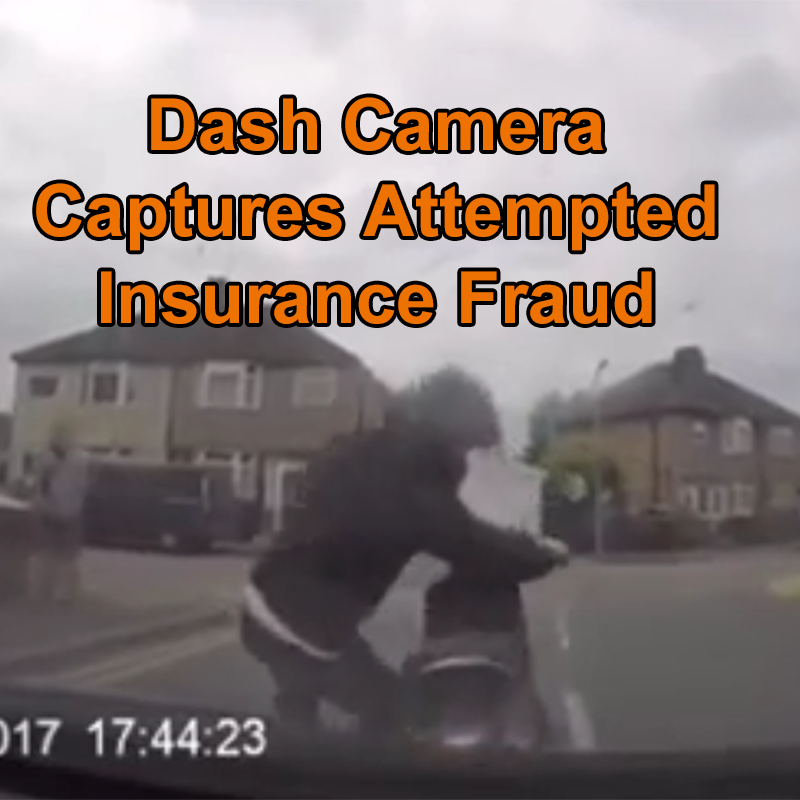 In the past couple of years, a scam known as crash for cash has become increasingly popular. Crash for cash is where someone will fake a road accident in order to get an insurance payout. Recently, we have seen more and more footage from dash cams that have caught people trying to do these scams. Most of this footage has come from Russia but now it has come to the U.K.

In the footage below, you will see two men, one on his phone walking by and the other on a scooter. The owner of the scooter can be seen intentionally reversing his bike into a car behind him and then throwing himself onto the bonnet of the car. The “passer-by” can then be seen coming over to the incident, ready to be a witness for this scam. However, the woman driver then gets out of her car and tells the attempted fraudsters that she has a camera in the car, to which both of the males respond by running away.

This video provided crucial evidence that stopped the owner of the vehicle being scammed and potentially losing money. By having a dash camera you have court admissible evidence of what really happened in any incident, protecting yourself from people like this. View our range of dash cameras today

Too many options? We eat, sleep and dream dash cams. Request a call back from one of our experts, we can offer advice on the cameras available and the best option for your vehicle.